Pokey the Puppy™: The Lost Comics #21

Time for Thursday's Pokey the Puppy™ and it's a doozy! Well, sort of. When I got this box of all these old cartoons I drew as a kid, I was surprised how many of them revolved around video games. There was a arc about Pokey befriending a Space Invaders® game at an arcade, which I'll get to soon. This one is just a silly scenario in which Pokey has a wacky encounter with that said video game (click on the comic for a larger image): 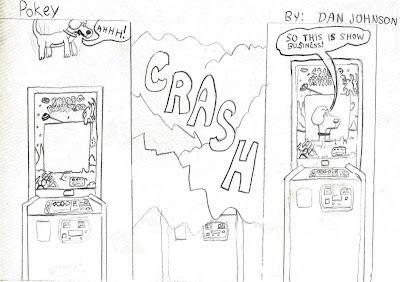 This may be how Pokey and the Machine became friends? I'll try to piece together the other related comics and get back to you.

Pokey the Puppy™: The Lost Comics #20 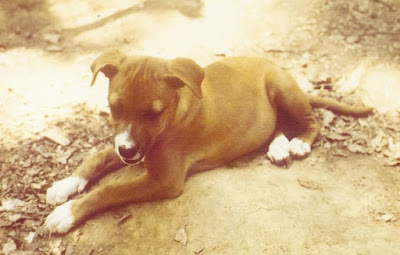 Welcome to Wednesday's Pokey the Puppy™ cartoon. No commentary today as I'm too busy to blab. I will offer the photo above of the real Pokey in 1978.

Anyway, here's your ticket to Chuckle City™ (as always, click on the comic for a bigger image - you'll be glad you did!): 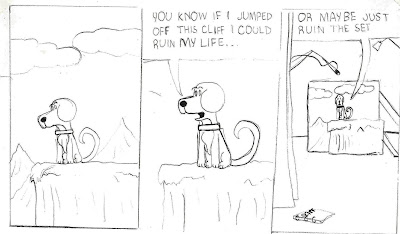 Pokey the Puppy™: The Lost Comics #19

This Pokey the Puppy™ comic is yet another silly one that's not even really a joke. But I like it because it reminds me of the pen that the real Pokey lived in. She would sit on one of two doghouses that were in the pen (sort of like Snoopy, yeah), and drawings like this were based on that setting. Here's a picture of the real Pokey standing on top of her house: 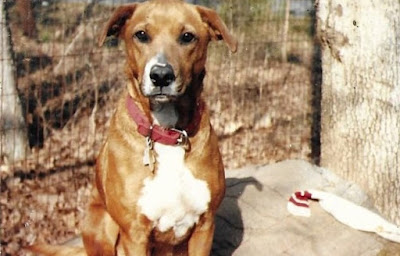 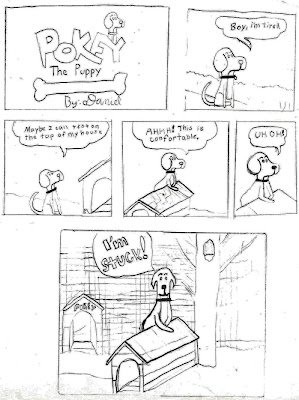 Pokey the Puppy™: The Lost Comics #18 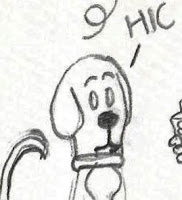 After a weekend full of thrills and spills (I guess, I mean there was the Oscars so there's that), here's your Pokey the Puppy™ cartoon for Monday. It's a silly one about Pokey drinking some soda and it messing her up. Apparently a lot of the comics I drew as a kid involved dogs drinking soda. Weird, huh? 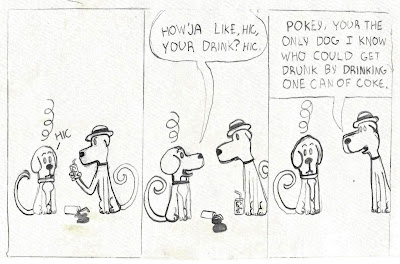 Pokey the Puppy™: The Lost Comics #17 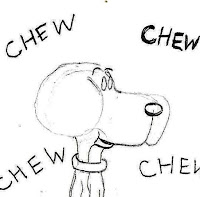 The week ends with another installment of Pokey the Puppy™. Apparently there are a number of comics that the 10-year old me wrote that involve Pokey chewing bubblegum. I guess it's because I was chewing a lot of gun, I dunno. Anyway it's another wacky Pokey™ moment, and I appreciate you checking it out. I've lots more Pokey™ to share so hope to see you again. That is, if the silly, dumb fun of these strips doesn't turn you off.

Here's your Pokey™ for Friday (as always, click on the comic for a larger image: 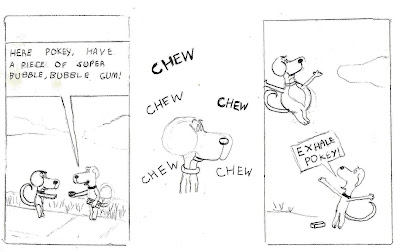 Have a great weekend - see you on Monday.

More later...
Posted by Daniel Cook Johnson at 9:37 AM No comments:

Pokey the Puppy™: The Lost Comics #16 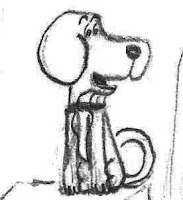 Today's Pokey the Puppy™ cartoon is pretty sketchy, and it has some clunky and incorrect dialogue like “And there good shows at the right times!” I guess I meant “there are” but we all know what Pokey was saying. Anyway, one reason I like this one is that it reminds me of TV and cable box in the family room of the house where I lived as a kid.

So here it is, your Thursday dose of Pokey™: 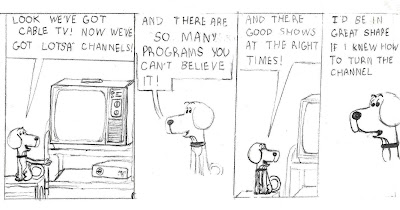 As usual, I'm telling you to click on the comic for a larger image.

See you tomorrow for the exciting finale of this week's run of Pokey™.

Posted by Daniel Cook Johnson at 10:18 AM No comments:

Pokey the Puppy™: The Lost Comics #15 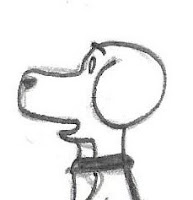 Today's Pokey the Puppy™ cartoon isn't great - I have to keep reminding myself that it's comedy written by a 10-year old - but it does touch on a important subject: quicksand.

So many TV shows and cartoons that I saw as a kid dealt with the deadly clay+sand+water threat, and I was far from alone in noticing this trope as comedian John Mulaney has a bit about it. A line from his bit inspired this meme (and many others): 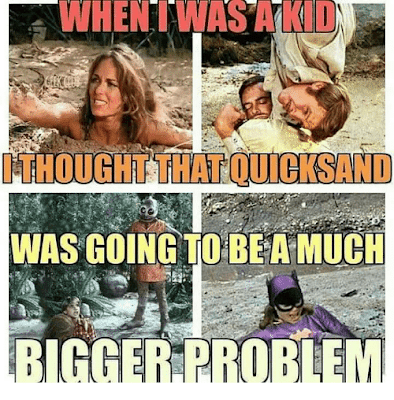 On top of that, last night I saw the Oscar nominated Short Films - both the Animated and the Live Action programs - and one of the Live Action Shorts, Jérémy Comte's FAUVE, concerned a kid getting stuck in quicksand. Yep, this definitely influenced my selection today.

So after all of that unnecessary build-up for something so obvious, here's your Wednesday dose of Pokey the Puppy™ (click on the comic for a larger image, I mean, if you want):

Yeah, see what I mean? Not exactly comedy gold. I'm pretty sure I'll have one that's better tomorrow. See you then.

More later...
Posted by Daniel Cook Johnson at 11:48 AM No comments:

About Pop Goes The Babble:

Daniel Cook Johnson
Wilcopedia (The Blog) is written, produced and directed by: Daniel Cook Johnson - A Triangle area, North Carolina based writer. His work has appeared in The Chapel Hill News, The Raleigh News & Observer, and Indy Week. His new book, Wilcopedia, which this blog is centered around, was released on September 17, 2019. Follow @filmbabble on Twitter. Email: boopbloop7@gmail.com